The black truffle, fruit from the interior of the earth, has a magnificient culinary value which comes from exquisite aroma and pleasant taste. A mysterious fungus which from the past has awaken the curiosity of sybarites and experts. And currently, it can be found more usually in houses, being not only an ingredient for haute cuisine.

Trusens is a family run business dedicated to truffle farming. With us you have the security to acquire the real black truffle (Tuber melanosporum). Moreover you will enjoy it recently picked from the land and under the security of a Health Registration.

The majority of the species from the Tuber gender are edible, varing its culinary value.
They can be distinguished by its shape, geographic development and seasonal maduration. 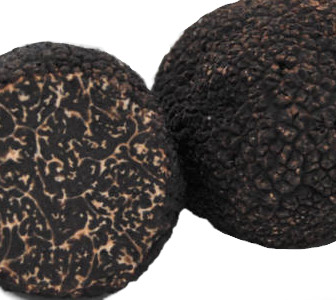 Also called as winter black truffle or Perigord truffle. Is the highest culinary valued truffle from all that are collected in Spain. It has a black colour both inside and outside, it has a pleasant fragance. Its maduration is from November until March. This is the variety that we collect in Trusens. 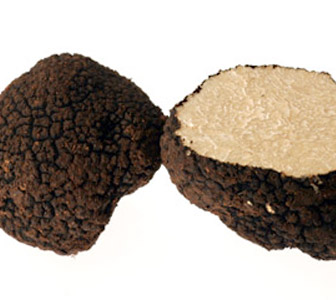 It is denominated as summer truffle for the season that its collected, from May until August. This truffle has less culinary value than Tuber Melanosporum. Its external colour is black, while its interior discover a white or yellow tonality. 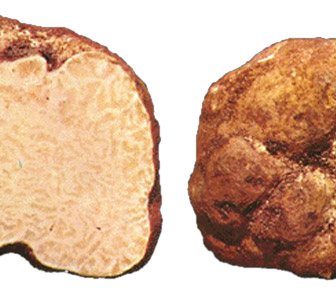 Known as the white truffle from Piamonte. It is principally collected in Italy. Tuber Magnatum has a yellow or white colour. From October until March it is collected. 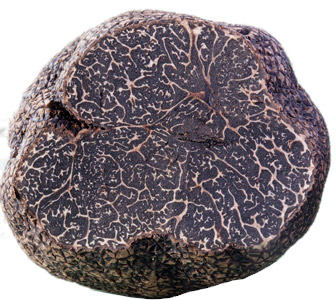 Popularly known as chinese truffle. It can not be compared to  the previous truffles. The commercialization of this specie is not really clear in some occasions, pretending to confuse the consumer by calling it "black truffle", but without being the Tuber Melanosporum. Its external appearance is one of the reason for this confusion.

The holm oak plantation requires continuos care: land adaptation, watering, pruning, micorrization monitoring. Not being until 6 or 7 years after the plantation, the moment in which the truffle production begins.

The truffle biological cycle, from its formation until its maduration, takes aproximatelly nine months. Being only the specimens that survive to the summer meteorological conditions the ones that reach the maduration.

The truffle's fragrance is the mechanism that it uses to capture the attention of various animals. Thus, to obtain the spread of its spores. Whilst this smell is not perceptible by the truffle hunter when it's underground, truffle dogs are able to detect it. They are responsible for determining the exact position where it can be found, and is the truffle hunter, accompanied by his haversack and truffle knife, who performs the extraction.

Once collected, the truffles are directly transported to our manipullation plant. It is there where they are carefully selected and clasified attending to its final use.

The best way to appreciate is fragance and taste is by eating it fresh. Otherwise, we also elaborate truffled products to enjoy it all the year.

Although the main truffle value is in the culinary field, having collaborated with laboratories, we discovered the truffle properties that make it really reccommendable in the cosmetic field. After its study and investigation, we have developed a cosmetic line.

We use cookies on our website. Some of them are essential for the operation of the site, while others help us to improve this site and the user experience (tracking cookies). You can decide for yourself whether you want to allow cookies or not. Please note that if you reject them, you may not be able to use all the functionalities of the site.